Let’s say you are the dedicated imaging specialist, and you get a call from CT. The Toshiba Aquilion PRIME system is giving a message during boot-up showing that the System Disk RAID is “Degraded” on the Display Console (D-Con).  The operator said they clicked “OK” on the message and the system is working normally. Now, what do you do? 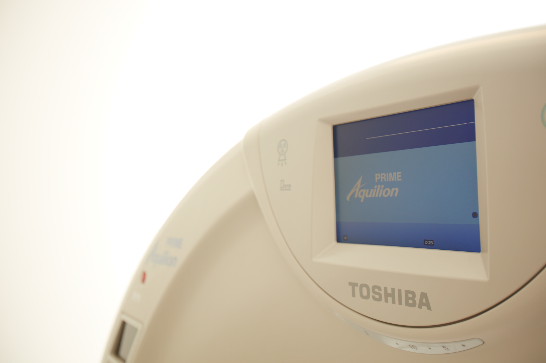 If the status shows “Optimal” then the RAID status is good.  If it shows “Degraded” then further investigation is required.

Since both System and Image disks use two disks to create one logical device—RAID Level 1—the system will work normally with either one good System or one good Image disk.  At the earliest opportunity, you should determine which disk is causing the problem.

This procedure is for replacing only one defective system disk.

That is a true solution.

Richardson Healthcare wants to help you provide the best CT service possible. This is a small preview of our Toshiba Aquilion PRIME training course launching this year, expanding our Aquilion 4, 16, and 32/64 curriculum. Ask us for details!

All product and company names are trademarks™ or registered® trademarks of their respective holders. Use of the trademarks is solely for identification purposes, and does not imply any affiliation with or endorsement by the trademark holders.